The Empire Skate Club of New York is a non-profit organization of inline skaters dedicated to having fun and bringing the New York City inline skating community closer together.

Health and safety notice:
Although New York COVID pandemic regulations have eased, Empire and other NYC group skate organizers thank you for continuing to follow state guidelines regarding face coverings and social distancing when you participate in group skates. 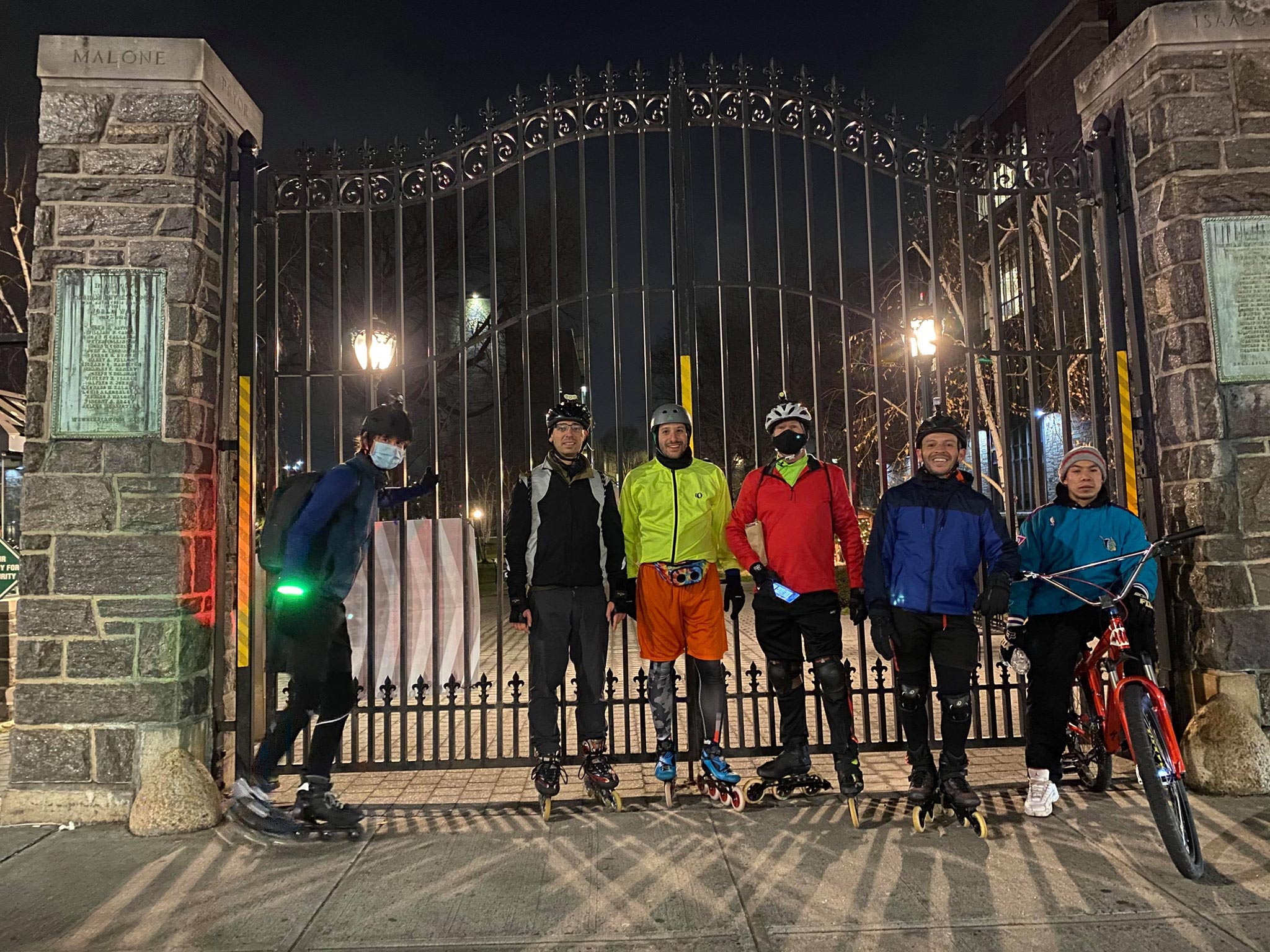 TNS is proud to be NYC's longest running group skate, dating back to c. 1989. Skate with us and join the tradition!

On Wednesday nights, April through October, many NYC inline skaters join the Wednesday Night Skate (FB) for the largest weekly group skate in the city. WNS is an independent group with their own staff, but if you've rolled with any Empire group skate, you'll see plenty of familiar faces amongst the Wednesday crowd. WNS departs about 8 p.m. from the south side of Union Square Park, corner of Broadway and East 14th St. (map).

One of the best ways to explore the boroughs of New York City and its suburbs is a weekend group skate with the Empire Skate Club. We organize a group skate most weekends (and sometimes twice a weekend) during the warm-weather months. Pace and distance vary according to the group leader. Most weekend skates start from Central Park. 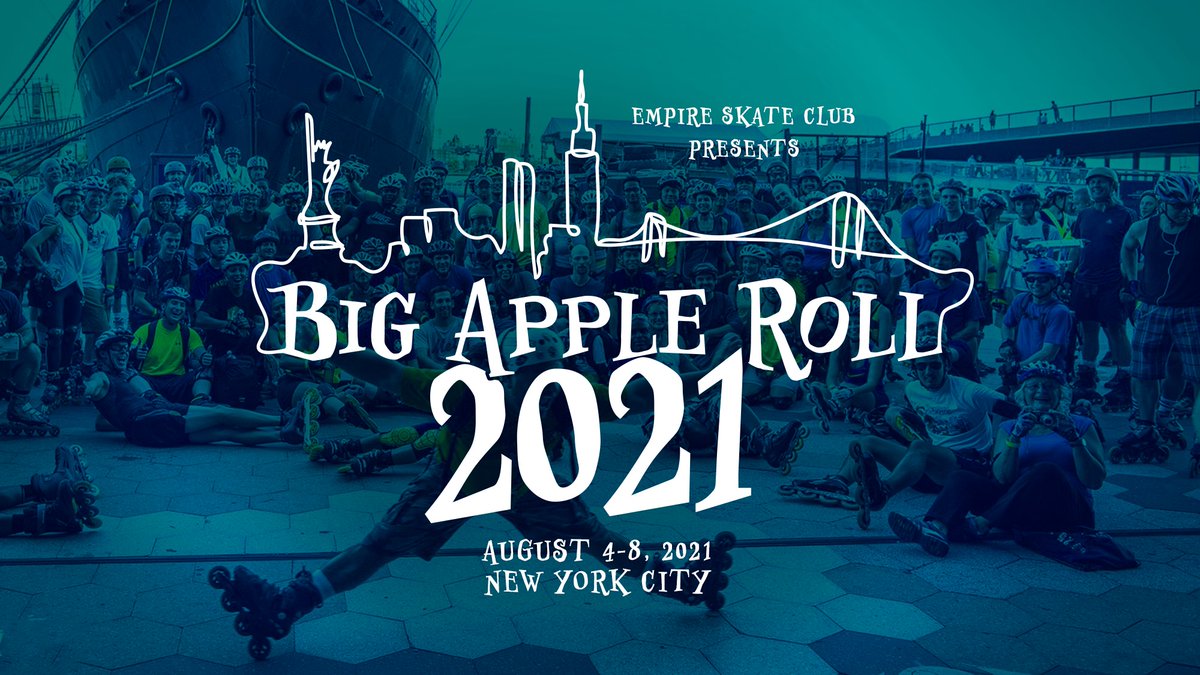 Although BAR 2020 was scaled back to only a few small group skates, Big Apple Roll 2021 was back in full force! Dates for BAR 2022 will probably not be officially announced until early 2022, but the weekend of Aug. 5-7 seems likely 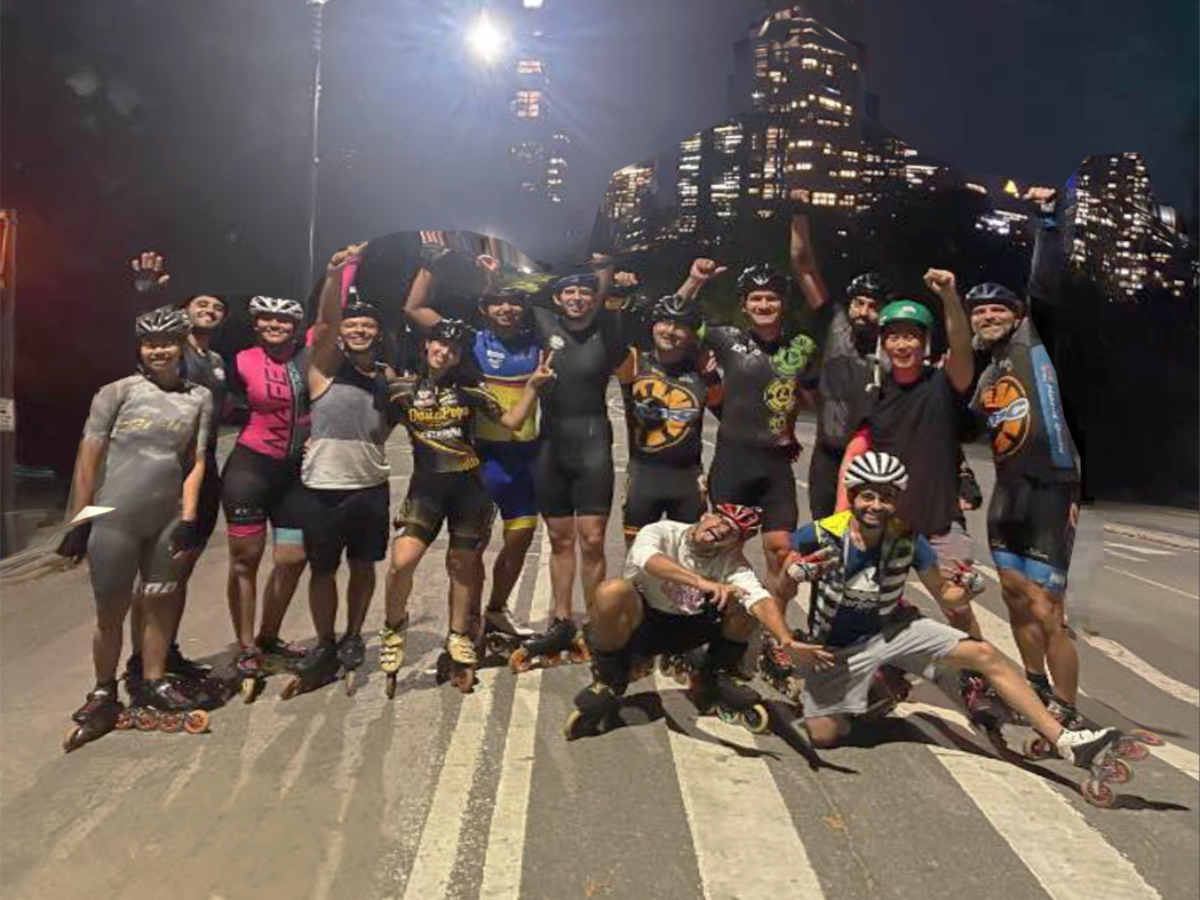 Join Empire Speed on the Central Park loop on weekday evenings from April through (maybe) October. There are one or two evening training sessions per week. Sessions have typically been Monday and Thursday evenings, weather permitting, with Tuesday as a backup day in case Monday is washed out.

In 2021, the group typically met at about 6:15 p.m. at Central Park's “Speedskaters Curb” — just across the road and up the hill from Tavern on the Green (map). In 2021, the team also organized sprint workouts on Laurel Boulevard alongside Calvary Cemetery, Queens. Check the Empire Speed Facebook page for latest announcements of training meet-ups.