The Empire Skate Club of New York is a non-profit organization of inline skaters dedicated to having fun and bringing the New York City inline skating community closer together. 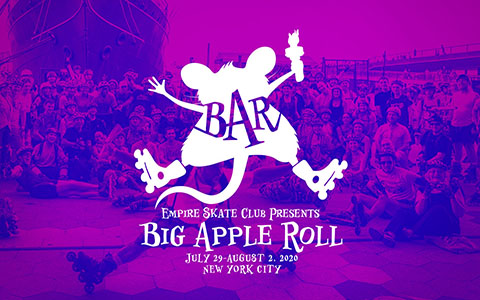 The Empire Skate Club's premier event each year is the Big Apple Roll (BAR), held the first weekend of August. This is usually a multi-day extravaganza of group skates, social events, clinics, and adventures exploring and experiencing New York City on skates. However, due to the public health crisis, BAR 2020 has been scaled back and will comprise only a few smaller group skates. Face coverings and social distancing will be required. 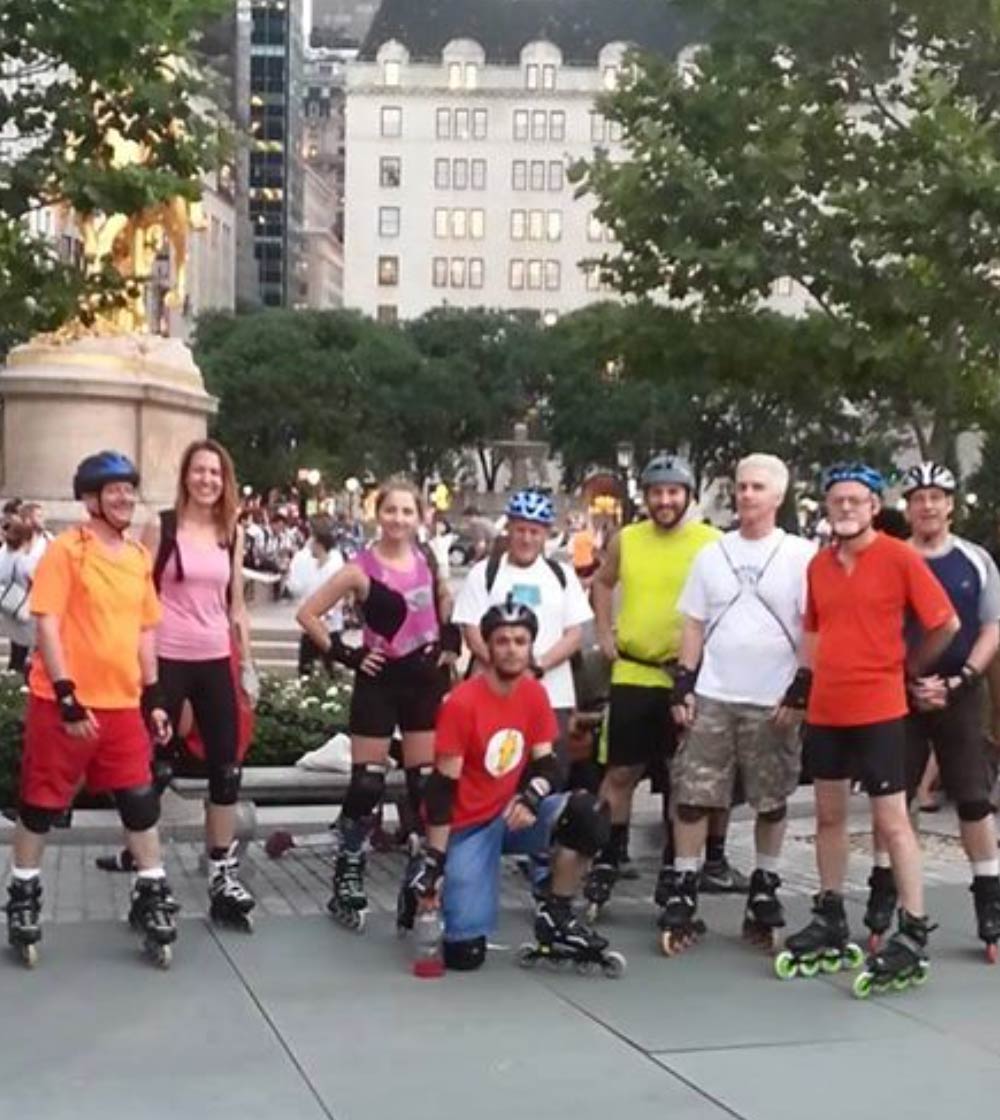 Empire's regular weeknight group skate is the Tuesday Night Skate. TNS skates year-round, weather permitting. The group meets up at Manhattan's Grand Army Plaza by the statue of General Sherman, Fifth Ave & 60th St. (map). This is also the southeast corner entrance to Central Park. We roll out at 8:00.

TNS is proud to be NYC's longest running group skate. Skate with us and join the tradition!

On Wednesday nights, spring through autumn, many NYC inline skaters join the Wednesday Night Skate for the largest weekly group skate in the city. WNS is an independent group with its own staff, but if you've skated an Empire group skate, you'll see plenty of familiar faces amongst the Wednesday crowd. WNS rolls out at 8 p.m. from the south side of Union Square Park, corner of Broadway and East 14th St. (map). See the WNS Facebook page for updates and announcements.

One of the best ways to explore the boroughs of New York City and its suburbs is a weekend group skate with the Empire Skate Club. We organize a group skate most weekends (and sometimes twice a weekend) during the warm-weather months. Pace and distance vary according to the group leader. Most weekend skates start from Central Park. 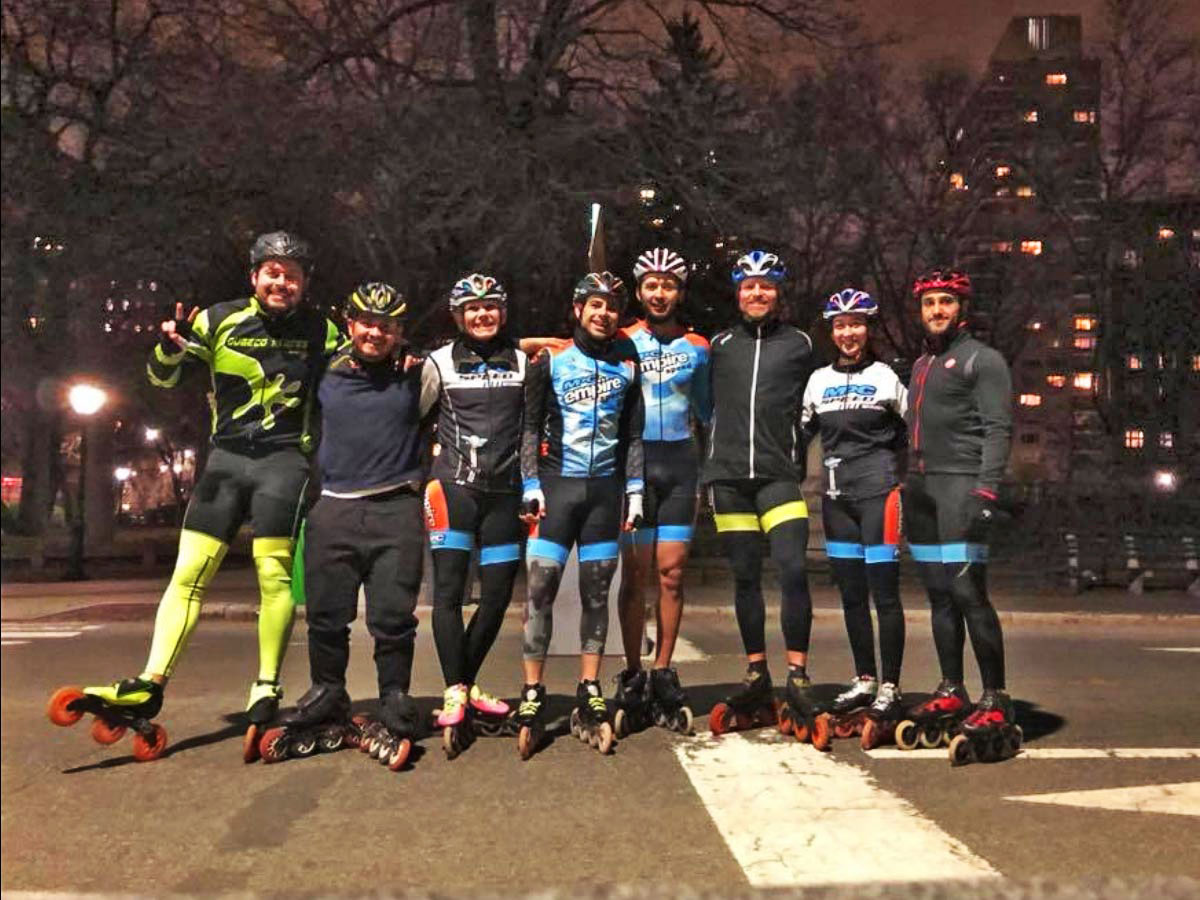 Join Empire Speed on the Central Park loop on weekday evenings from early May through September. There are one or two evening training sessions per week. Sessions are usually Monday and Thursday, weather permitting, with Tuesday serving as a make-up date if Monday is wet.

The group meets after 7:00 p.m. at Central Park's “Speedskaters Curb” — just across the road and up the hill from Tavern on the Green (map). Speedskaters may also train on weekend mornings — check the Empire Speed Facebook page for announcements of training meet-ups.